Another collection of seven dailies from the Facebook Page!

Raise the Rod of the Ruler of wild things
Worthy of waking the waste to his will;
Even the ash will answer to aid the Otherworldly.

Where will the Cry in the way take the wakeful?
To hidden, hoary teachers of high tokens,
To loose their lines into the unlocked lands.

My brother draws a lot, and has produced a fine adult coloring book: nothing repetitive or unintriguing in it.

He invented the art style, and called it “Gramstrophae”, which means “line bend” in Greek.

See what you think of it! 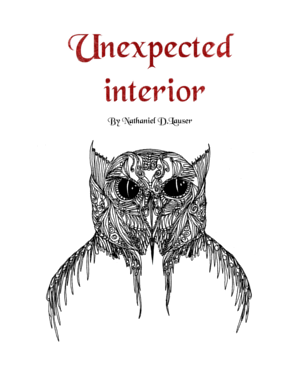 Once a waiting Word is cold,
Twice in Time our Tales are told,
Thrice in Thought the Things of old,
Fourth comes forth, and fifth it can unfold.

– Patrick Lauser, from a Current Project

Jack was standing in my garden. I backed towards the invisible wall that looked out over the city. He said,
“Your system is down. We are one hundred twenty floors up.”
He lifted his crutch and planted it on my chest. It needed the slightest thrust to tip me out into space.
I managed to roll over in the air. I was a fast counter.

Ninety one to go.

I hope that is enough time for Tom to launch the reception program. I pull out my book and begin to read. I always love spy stories.

– A drabble by Patrick Lauser

“Go back? No good at all! Go sideways? Impossible! Go forward? Only thing to do!
On we go!”

– Bilbo Baggins in The Hobbit by J. R. R. Tolkien

You can see this most easily if you look at it the other way around. Our faith is not very likely to be shaken by any book on Hinduism. But if whenever we read an elementary book on Geology, Botany, Politics, or Astronomy, we found that its implications were Hindu, that would shake us. It is not the books written in direct defense of Materialism that make the modern man a materialist; it is the materialistic assumptions in all the other books.

In the same way, it is not books on Christianity that will really trouble him. But he would be troubled if, whenever he wanted a cheap popular introduction to some science, the best work on the market was always by a Christian.”

― C.S. Lewis, God in the Dock: Essays on Theology and Ethics

This principle does not only apply to books. Anytime we think something good must have something added to it to “make it Christian” is to behave as if goodness is not a thing of God. The rising sun does not need an explanation added for it to glorify God by its rising.

God be with you all!